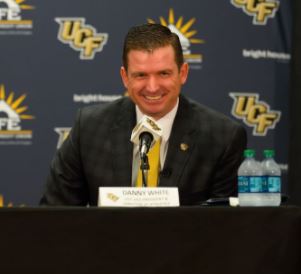 Several media outlets are reporting that University of Central Florida Athletic Director Danny White will take the same job at the University of Tennessee.

White will replace the retiring Phil Fulmer who made his announcement earlier this week while dismissing head football coach Jeremy Pruitt and nearly a dozen assistant coaches and recruiting officials as a result of an internal investigation.

The University of Tennessee welcomes Danny White as its new Director of Athletics.

Fulmer said at the Monday press conference that it should be the job of his successor to be involved in the hiring of the new coach. The preliminary findings of UT’s report have been reported to the NCAA.

White, 41, has been at Central Florida in Orlando since 2015 and had just signed a new contract with the school in March that made him the highest-paid athletic director in the state.