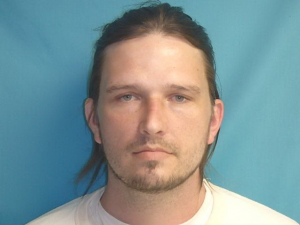 The Greene County Sheriff’s Department says they were called to a home at the 900 block of House Rd. just before midnight, where they found a victim bleeding from his leg. The victim told police suspect Andrew Dinsmore, 38, and another person came to his house that he did not know, and was shot in the leg by the unidentified suspect with reportedly a shotgun or rifle.

Anyone with information on the pair’s location should call 911.