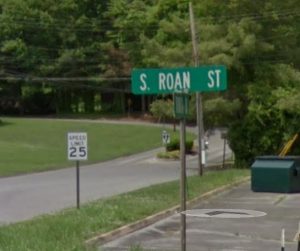 Johnson City police have launched an investigation following the discovery of the body of a dead woman Friday afternoon.

The report said investigators arrived just after 1 p.m. at the site of the remains located in a wooded area in the 2600 block of South Roan Street.

Preliminary details say no foul play is suspected in the woman’s death. Her body has been sent to the Jenkins Forensics Center for an autopsy and identification.