Stabbing Leads To The Arrest Of Two, Victim And Suspect 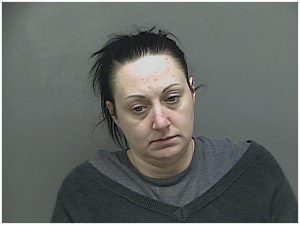 A domestic dispute between two females in Kingsport leaves one injured with several stab wounds and another jailed in connection with the incident. Kingsport Police were called to 1640 Highland Street apt 1 on a report of a stabbing. Upon arrival, police discovered Nicole Venditti who was alledgeldy stabbed by her wife, Brittany Gaeta. Venditti says she was trying to get away from Gaeta, when she came at Venditti with a knife and was stabbed in the forearm and received a cut to her thumb during the altercation. Brittany Gaeta is being held on Aggravated Assault charges and while Gaeta was searched at the jail, authorities discovered Gaeta has Methamphetamine on her person. There was a order of protection already in place protecting Gaeta from Venditti, who was also arrested on an order of protection violation.