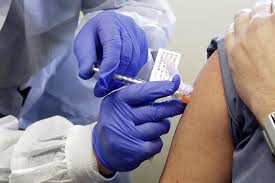 The speed in which Virginia is delivering its supply of COVID1-19 vaccines needs a shot in the arm. After seven weeks of vaccinating Virginians, more than 90 percent of the Commonwealth’s population has’t received the first dose of the double dose vaccine. Just under 700 thousand doses of the over one point one million vaccines have been injected. Across the state, only 98 thousand 500 people had both the initial shot as well as the booster which comes four weeks later. Governor Northam says criticism of the vaccine rollout plan has been fair and his administration is addressing bottlenecks that are preventing vaccines from reaching destinations on time.