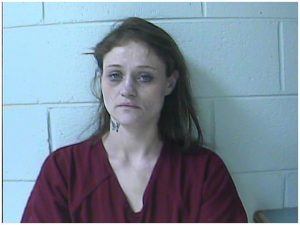 A woman from Carter County is facing charges after authorities say she stole a Johnson City Schools supply truck and attempted to carjack another vehicle.

Johnson City Police were called to Rogers Ln Monday night around 6:30 p.m where they found a supply truck reportedly taken from Liberty Bell Middle School stuck in a ditch. Suspect Amanda Wilson, 30, matched the 911 description given to police as she was running towards them, and officers say she tried to steal another vehicle to avoid police detection.

Wilson was placed under arrest and charged with theft of property over $10,000 and attempted carjacking. Wilson is being held on a $15,000 bond in the Washington County Detention Center.