Study: Aviation responsible for $40 billion in economic activity in Tennessee 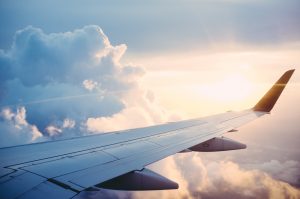 A year long study on aviation and its economic impact in TN has found air travel is responsible for billions of dollars flowing into the state’s economy.

TDOT conducted a study with a firm in 2019 that determined public-use airports helped contribute $40 billion towards economic activity while aviation helped support over 220,000 jobs across TN. The study found that over 7 million out of state visitors traveled through the state’s airports, which provided significant support to airport operations and airport businesses.

Region 1 in East Tennessee was responsible for contributing $7 billion during the study’s timeframe, including the Tri-Cities Airport that had a $233 million economic impact. Both Tri-Cities and Tyson-McGee Airport in Knoxville experienced a 15% increase in passenger travel from 2018 to 2019.