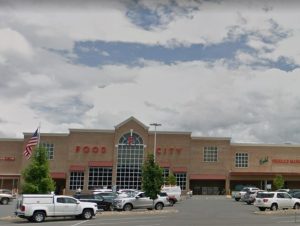 Tennessee Attorney General Herb Slatery has accused Food City Supermarkets of engaging in illegal activity at its in-store pharmacies to become one of the biggest sellers of addictive opioids in the state.

In a 208-page civil complaint filed in Knox County Circuit Court, Slatery said Food City knew that customers were hooked on pills like Oxycontin and did nothing to impact its revenue stream while stoking the market with the most diverted and abused opioids and pushing pharmacists to sell more of them.

The attorney general cited statistics show at least 5 residents per day die each day from drug overdoses in Tennessee in the report and said he will continue to pursue businesses that turn a blind eye to the opioid problem.

“Food City made a lot of money from filling opioid prescriptions. In itself that’s not a problem. The problem is how they did it.” Slatery wrote in a release issued Thursday afternoon.

“The company knew its customers were addicted. It knew the pill mills writing the prescriptions were some of the worst actors at any level of the opioid crisis. But Food City did virtually nothing that would disturb that income stream. It stoked the market with the most diverted and abused opioids, pushed its pharmacists to sell more and more, and ignored the most alarming evidence – overdoses and illegal sales taking place right outside the pharmacy door.”

Slatery highlighted these items in his submission to the court:

– Sold more than 206 million prescription opioids, almost 25% of which were sold by Food City # 674 in Bearden;
– Sold more than 42.5 million Oxy 30 pills—44% of which were sold at Food City # 674 in Bearden;
– Ignored or watered-down reports of suspicious prescribers, allowing its pharmacies to continue selling opioids even after these doctors, nurses, and physician assistants were raided, disciplined, arrested, or indicted;
– Routinely sold huge quantities of dangerous “high risk” prescription combinations, in particular the “Holy Trinity” of an opioid, a benzodiazepine (e.g., Xanax), and a muscle relaxer (e.g., Soma);
– Sold Oxy 30 and other prescription opioids to criminals involved in drug trafficking rings;
– Purchased more Oxy 30—one of the most diverted and potent immediate release opioids—from AmerisourceBergen between October 2011 and January 2012 for Food City # 674 than all of AmerisourceBergen’s other pharmacy customers in 38 entire states and the District of Columbia;
– Sold opioids with more morphine milligram equivalents (MMEs), a common unit to evaluate potency among different opioids, at Food City # 674 than all pharmacies in 81 Tennessee counties;
– Created a prescription savings card program that allowed customers to obtain additional price discounts on all opioids, including Oxy 30, making it a hot spot for criminals looking for the cheapest oxycodone in the area;
– Established a policy of having its pharmacies hoard opioids and other controlled substances by ordering as many as its supplier would send to each store;
– Actively solicited secondary suppliers of Oxy 30 when its main supplier reduced thresholds to its highest volume pharmacies in Knoxville;
– Pressured employees to increase sales of opioids and to fill suspicious opioid prescriptions, threatened pharmacy employees if sales did not improve, and retained employees at its most lucrative opioid-selling stores despite policy and regulatory violations;
– Illegally and secretly transferred numerous opioids among Food City pharmacies to ensure a steady supply and get around supplier thresholds;
– Continued selling massive quantities of opioids even after multiple instances of overdoses at its stores or in store parking lots;
– Pushed back forcefully against public and private reports that Food City had compliance issues concerning controlled substances; and
Sold large quantities of opioids to individuals from foreign countries, including Poland, Venezuela, the UK, Australia, and Canada, and from far-away states within the U.S., including Alaska, Arizona, California, Colorado, Hawaii, Montana, North Dakota, New Mexico, New Jersey, New York, Oklahoma, Pennsylvania, Texas, Utah, Washington (state), Wisconsin, and Wyoming.

K-VA-T Food Stores, the parent company of Food City, has been contacted for a statement on the suit.