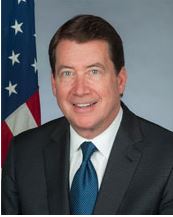 Freshmen TN US Sen. Bill Hagerty has been assigned committee roles during his first of six years serving in Congress.

Hagerty’s office has announced the Republican Senator will serve on the Senate committees of banking, housing, and urban affairs; foreign relations; appropriations; and rules. Previous leadership roles that Hagerty has had in federal government includes serving as Ambassador to Japan during the Trump Administration.