Warner Suggests It May Be Time For U.S. Post Master General DeJoy To Go 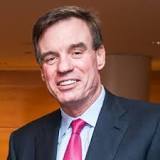 United States Senator Mark Warner says complaints by southwest Virginian’s over poor postal service are being heard and Warner blames Post Master General Louis DeJoy. DeJoy has cut mailer deliverers overtime pay as well as removing some key pieces of equipment to help with delivery. Warner says it may be time for DeJoy to go.Warner made the comments after a reporter ask what Warner and Senator Tim Kaine could do help with the poor mail service in Southwest Virginia, In order to fire DeJoy, President Biden would have to remove the entire board before removing DeJoy,