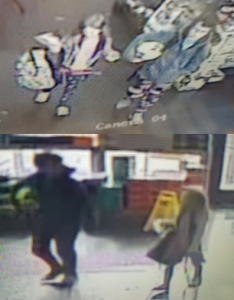 Officers were called to Zoomerz gas station on Ft. Henry Dr. around 10:15, where they learned the two children asked the clerk for a ride but then left the store before police arrived. The children were last seen walking south on Eastman Rd. toward the Green Acres neighborhood.