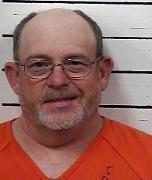 A dispute between Hawkins County neighbors over dogs and chickens ended with a Church Hill man being charged with aggravated assault.

Phillip Ray Williams, 60, is also charged with reckless endangerment after the victim told deputies that Williams pointed a short-barreled shotgun at both him and his wife after they went to confront the suspect about his dogs killing and chasing livestock.

The victim also said his family has not returned to their home out of fear of retaliation by Williams who has been processed and released by Hawkins County officers.