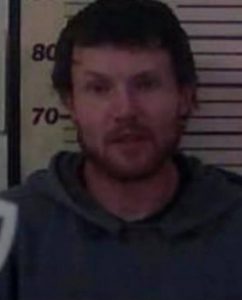 An inmate who escaped the Unicoi County jail last Thursday was captured over the weekend.

Unicoi County Sheriff Mike Hensley said his department along with Erwin and Unicoi Police departments executed a search warrant on Second St. on Saturday, and found inmate Kenny Gouge behind a wall in the second story of the house.

Gouge had initially escaped while apart of a group being transferred from the court to jail.