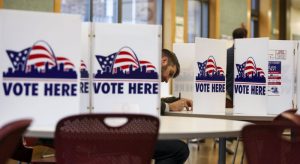 A bill is headed to Governor Ralph Northam’s desk that would have all municipal elections in the Commonwealth moved from May to November.

The contests that would be voted on during the regular election period include city and town councils and school board. Proponents say the switch would increase voter participation. Less than 1900 absentee and in-person votes were counted in the 2020 municipal elections in Bristol.

Opponents of the bill say the shift would bury referendums and other vital voter questions because of a long, lengthy ballot for voters to fill out.

Bristol Delegate Israel O’Quinn voted against the measure earlier this month as a member of the House Privileges and Elections Committee.