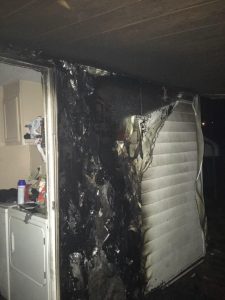 A pair of structure fires in Russell County, VA that occurred last Friday are under investigation.

Russell County’s Emergency Management Agency released Monday that both occurred on Feb. 19, including the first one around 6:30 p.m in Cleveland when a propane heater reportedly exploded and damaged the residence, sending two people to the hospital.

The other fire happened less than three hours later in Castlewood when an outside light fixture shorted, causing a fire to ignite. Both homes are being repaired according to the agency, and it marks five house fires that have happened in Russell County this year.