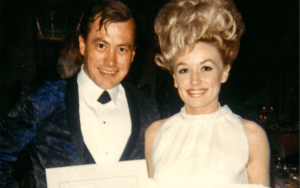 The man credited with one of Dolly Parton’s first public appearances and being a noted adviser in her early career has died.

Dolly announced on social media that Uncle Bill Owens passed away Wednesday at the age of 85. She said Owens was instrumental in getting her on the Cas Walker Show which began her run to superstardom.

After a fruitful songwriting career in Nashville, Owens performed in the early days of Dollywood in a family musical show and Dolly says he worked for the conservation of the Great Smoky Mountains and their valuable chestnut trees. Bill and his family planted 70,000 trees in and around the Pigeon Forge amusement park.