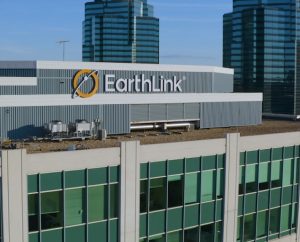 Today capped a 22-month effort by @InvestSWVA as @EarthLink announced they’re locating in #SWVA. They’ll bring 285 jobs and make a $5.4M CapX investment. Proud of the effort by our team and glad to have EarthLink in our region! pic.twitter.com/rBNJ914P6f

A report from Governor Northam’s office says EarthLink recently made the decision to move customer-base care operations back to the US and will invest $5.4 million to build the facility on 200 acres located at the Project Intersection development area of US highways 23 and 58 as well as create 285 new jobs.

EarthLink has been in business since 1994 and CEO Glenn Goad is originally from our region.

Here is the full statement provided by Northam’s office on the announcement:

Governor Ralph Northam today announced that EarthLink, a leading high-speed internet service provider, will invest $5.4 million to establish a major customer support center in Norton. The company is in the process of returning its customer service operations to the United States and will construct a new, 30,000-square-foot facility at the 200-acre Project Intersection development at the northeast junction of U.S. 23 and U.S. Highway 58 in Norton. Virginia successfully competed to win the project, which will create 285 new jobs.

“EarthLink’s new support center in Norton will play a major role in bringing the company’s customer service operations to the United States, creating economic opportunity and new jobs for Virginians,” said Governor Northam. “The rural regions of the Commonwealth successfully compete for and attract projects due to their infrastructure, business-friendly operating costs, and dedicated and highly-skilled workforce. We look forward to supporting EarthLink’s growth and achievements in the Commonwealth.”

Founded in 1994, EarthLink is an internet pioneer and a top U.S. internet service provider. EarthLink is an independent company and received a Great Place to Work Certification™ in 2020 and 2021 in recognition of its outstanding workplace experience.

“Our partners in Southwest Virginia have worked tirelessly to foster a business climate that attracts global companies,” said Secretary of Commerce and Trade Brian Ball. “EarthLink’s decision to establish an operation in the Project Intersection development demonstrates the impact of their efforts. This project will provide a tremendous boost to the region’s economy, and we are excited to welcome a new partner and 285 well-paying jobs to the region.”

“Having grown up in this area, it gives me great pride to further EarthLink’s efforts to provide award-winning customer experiences through our new sales and service center in Norton,” said EarthLink Chief Executive Officer Glenn Goad. “We look forward to a long partnership with this community and the employees who will become part of EarthLink.”

The Virginia Economic Development Partnership worked with Norton, LENOWISCO Planning District Commission, InvestSWVA, the Lonesome Pine Regional Industrial Facilities Authority, and the Virginia Tobacco Region Revitalization Commission to secure the project for Virginia. Governor Northam approved a New Company Incentive Program grant of $686,500, which will be provided by the Commonwealth’s Opportunity Fund. Eligible companies that meet the statutory investment and employment requirements in traded sector industries that are looking to establish a new presence in Virginia are offered potential access to the Commonwealth’s Opportunity Fund as part of the New Company Incentive Program. EarthLink is the second company in Virginia to benefit from the New Company Incentive Program.

The Virginia Tobacco Region Revitalization Commission also approved a grant for $62,500 from the Tobacco Region Opportunity Fund for this project. EarthLink is eligible to receive state benefits from the Virginia Enterprise Zone Program, administered by the Virginia Department of Housing and Community Development, as well as from the Major Business Facility Job Tax Credit for new, full-time jobs created. Funding and services to support the company’s job creation will be provided through the Virginia Jobs Investment Program.

“This announcement is the culmination of a lot of hard work and effort by local and state leaders, the EarthLink team, and many others,” said LENOWISCO Executive Director Duane Miller. “We are all excited to have a company with an iconic name like EarthLink, who has been consistently honored with the coveted Great Place to Work Certification™, locate to Southwest Virginia.”

“The Lonesome Pine Regional Industrial Facilities Authority and its member localities are excited to welcome EarthLink to Southwest Virginia,” said Wise County Administrator and Lonesome Pine Regional Industrial Facilities Authority Chairman Mike Hatfield. “EarthLink is the first company to announce that it is locating within the LPRIFA’s Project Intersection development in Norton.”

“The regional collaboration and collective efforts of the entire Southwest Virginia General Assembly delegation, the Lonesome Pine Regional Industrial Facilities Authority member localities, the LENOWISCO Planning District Commission, InvestSWVA team, and numerous others epitomizes what working together as a region can do to create game-changing economic development opportunities, like this announcement, for the entire region,” said Senator Travis Hackworth.

“This announcement by EarthLink to onshore jobs from overseas to here in Southwest Virginia is a prime example of how working as a region to develop economic development infrastructure can poise us to not only compete, but also win in the highly competitive world of economic development recruitment,” said Senator Todd Pillion. “This announcement is a win for the entire region!”

“I cannot express how excited we are to have EarthLink in Southwest Virginia,” said Tobacco Commission member Delegate Terry Kilgore. “I have spent countless hours with the EarthLink team working on this opportunity, and I can definitely say that we are not only getting a new company that will be creating 285 new, good paying jobs in Southwest Virginia, but we are also getting a company that will be an innovative, leading community partner.”