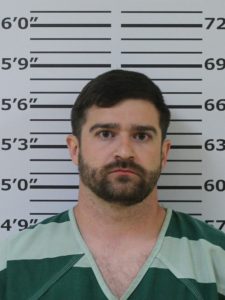 An arrest has been made after Carter County, Tennessee police were made aware of a child rape case by school system officials.

Benjamin Alexander Scott, 33, is facing a total of five felonies including two counts of rape and continuous sexual abuse of a child.

A report from Sheriff Dexter Lunceford’s office said the case against Scott was presented before a grand jury who indicted him on the five charges. He was issued a $150,000 bond.