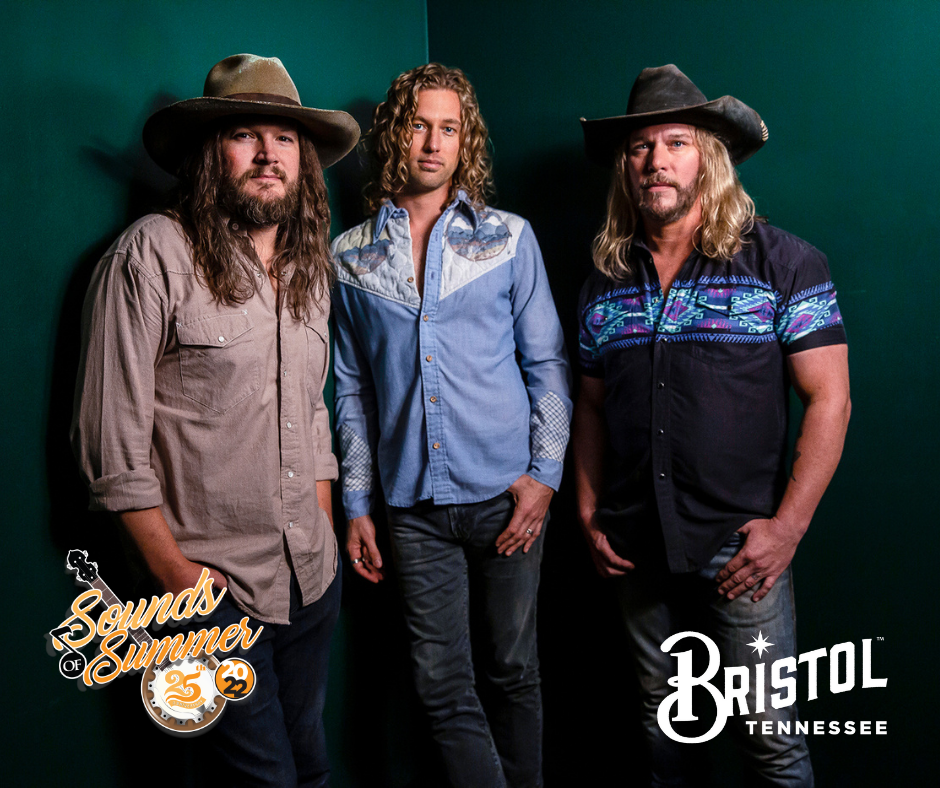 On Saturday, June 4, one of Bristol’s longest-standing music traditions returns as the Sounds of Summer Concert Series kicks off its 25th anniversary season at the Downtown Center, 810 State St, Bristol, TN. The festivities will begin at 7:00 PM with a special ceremony to commemorate the quarter-century history of the series.

The 2022 series will be ignited with the help of very special guests country super trio Texas Hill. Band members Craig Wayne Boyd, Adam Wakefield, and Casey James each rose to notoriety through their fan-favorite performances on The Voice and American Idol. What started from an impromptu jam session between James and Boyd, who later brought Wakefield into the musical conversation, has emerged as a perfect storm of harmony borrowing from the traditions of country, gospel, Americana, bluegrass and the blues. Texas Hill’s debut album Heaven Down Here was released in January.

Music fans are encouraged to bring their favorite outdoor chair. Food options will also be available from local vendors. As always, admission to Sounds of Summer events is free.

Sounds of Summer, presented by the Bristol, Tennessee Department of Parks and Recreation, is sponsored by Tennessee Hills Distillery, Eastman Credit Union, and Delta Blues BBQ.

For additional information, please contact Angie Rutherford at arutherford@bristoltn.org or (423) 764-3463, and visit bristoltn.org/sounds to preview this summer’s full lineup.