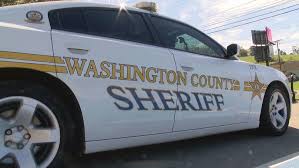 A Washington County, Virginia Sheriff’s Officer Sergeant has been placed on adminstrative leave after being charged with domestic assault. Kyle Douglas, 24, of Damascus was charged after an incident occurred at the home of Jilliam Brook South. South was also charged with assault and battery in the incident. Both were released on a $2,000 bond. South is also awaiting trial for charges of theft of narcotics from two ambulance services. Virginia State Police are investigating the incident further. wASHIN