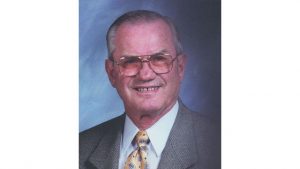 The long time former mayor of Greeneville, G. Thomas Love, has passed away at the age of 93 in a Johnson City Hospital. Love was an alderman in Greeneville from 1967 to 1972 when he was appointed to be mayor. He served from that point until 2002 with the exception of a two year period from 1980 to 1982. He is the longest serving mayor in city history. In 1997, Love was named “ Tennessee Mayor of the Year” by the Tennessee Municipal League. A visitation will be held 1pm to 4pm Monday at Doughty-Steven Funeral Home. The funeral service will follow the visitation.