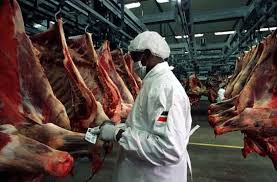 A raid on an East Tennessee slaughter house has resulted in the detainment of 97 undocumented workers. Authorities were tipped off to the Bean Station location after reports of large cash withdrawls at Citizen Bank in Morristown. The cattle slaughter busines, Southeastern Provisions, run by president James Brantley made multiple cash withdrawls up to $100,000 a time and used that cash to pay undocumented workers at the facility. IRS officials estimate $2.5 million dollars in lost taxes because of the operation. As part of the investigation, federal officials seized bank records, employees hours logs, contents of any vaults, employee files and other documents. The investigation is ongoing. Anyone seeking information about relatives who may have been detained should call 888-351-4024.