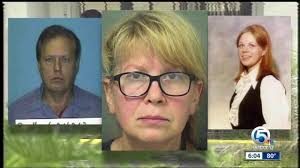 Hundreds of new documents have been released and charges have been filded in the “Killer Clown” Sheila Keen Warren was arrested in Abingon last September and is charged with the murder of Marlene Warren in May 1990. Sheila Warren allegedly dressed as a clown and appeared at Marlene Warren’s home carrying a flower arrangement and shat Marlene point blank range in the face. Warren’s Husband later married the Sheila. The pair previouls owned the Purple Cow in Kingsport. This is a developing story and more details are to come.