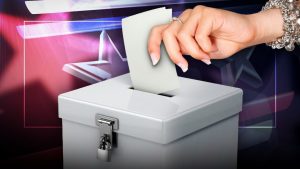 The race for Washington County Tennessee Mayor is heating up. The republican nomination for mayor features Mark Ferguson, Joe Grandy, and David Tomita. The race has been contentious from the start and now candidates Joe Grandy and Mark Ferguson are filing complaints against one another. Grandy is accusing Ferguson of illegal coordination between Ferguson and a Political Action Committee, Ferguson denies the claims…Meanwhile, Ferguson has filed a complaint against Grandy over a picture of Grandy having a discussion with two people inside the one hundred foot boundary of a polling place. Grandy says he wasn’t campaiging at the time,but acknowledges he shouldnt have stopped to talk while being within the boundary lines of the polling place.