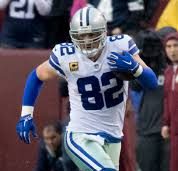 ESPN is reporting Thursday that Elizabethton native and NFL star Jason Witten of the Dallas Cowboys is announcing his retirement. Witten, a fifteen year veteran of the NFL is said to have leaned heavily on Cowboy’s owner Jerry Jones in making the decision. ESPN goes on to say that Witten will become an analyst for Monday Night Football, according to their multiple sources…Witten turns thirty six on Monday. He played his entire career in Dallas