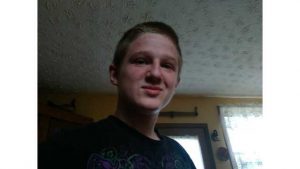 The Sullivan County Sheriff’s Office is seeking the public’s help in finding a missing 15-year-old teenage boy with Autism. Austin Hurd went missing from his home in the Cooks Valley area of Kingsport. He was last seen by his family on Thursday night when he went to bed. Hurd is described as having reddish blond hair, standing about 5′ 3” and weighing around 130 pounds. Anyone with information concerning his whereabouts is asked to contact the sheriff’s office.