Girl Rescued From Nolichuckey…Third Rescue In A Week 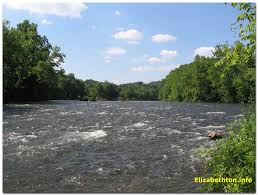 A girl in Erwin Tennessee is rescued from the Nolichuckey River after she loses her tube while floating in the waterway. The rescue Tuesday afternoon near Chestoa Park is the third such incident to occure in the last week. It tooks rescue personnel nearly 45 mintues to reach the girl, who managed to grab a hold of some trees until rescuers showed up. Unicoi County Sheriff Mike Hensley says in two of the previous three incidents the individuals were not wearing a floatation device and warns residents to respect the Nolichuckey River when planning to raft, tube, swim or fish in the popular stream.