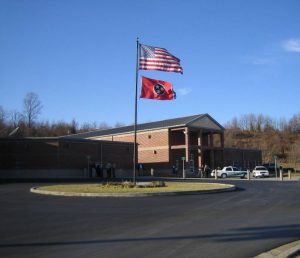 CPR was administered to Morrow until the life saving crew arrived. From there, he was transported to a Johnson City hospital, where he received treatment. He died Monday.

Morrow faced a contempt charge out of Washington County Juvenile Court. The Tennessee Bureau of Investigation will look into the incident.