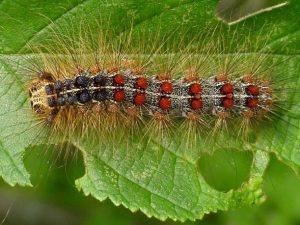 A creature that lives within the Jefferson National Forest and the George Washington is threatening the tree population withing the areas.

A report issued by the United States Forest Service says, “Trees that are repeatedly defoliated by gypsy moths have a high risk of dying. Because oak leaves are a favorite food of the gypsy moth caterpillars, oak forests are particularly susceptible to defoliation.”

As a result of the Insect’s diet, the U.S Forest service has scheduled a spray treatment targeted at 4,600 acres inside the forested, aimed at killing the destructive pest.

With favorable weather condition the agency believes that the task could be completed in a single day.