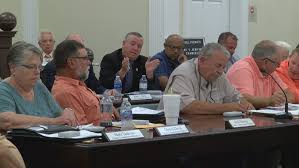 A budget proposal in Hawkins County has received unanimous support from budget committee members and will now be compiled into a third and final draft for its upcoming July 23 meeting. The spending document for 2018-2019 has a surplus but that number could change if a wheel tax exemption for the elderly is approved. The current budget recommendation leaves the county with a projected three point six million dollars in reserve funds for the end of the fiscal year.