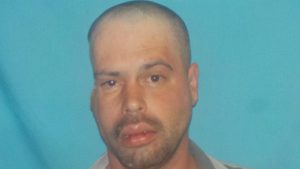 After a man shot and killed his pet lizard, then shot his toliet, and kicked and punched a deputy, he was arrested Tuesday according to the Greene County Sheriff’s Department.

Garry Wayne Porter Jr. is facing multiple charges, according to Debbie Cutshall, a spokesperson for the Greene County Sheriff’s Department,

“I have charges of aggravated domestic assault, felony reckless endangerment, possession of firearm during commission of a felony, animal cruelty, resisting arrest, and aggravated assault.”

Porter Jr. is also facing a charge of Vandalism.