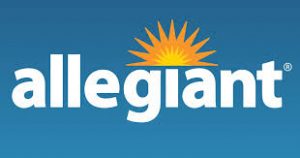 Passengers flying out of Tri Cities Airport could be affected if pilots for Allegiant Air vote to go on strike. The pilots union is not happy with the airline’s scheduling system and has complained about the issue since 2016. Striking…according to the union is a last resort, but the union will do whatever it takes to hold Allegiant Air to its promises according to a union spokesperson. Allegiant Air flies to over 100 US airports besides the Tri Cities including Knoxville’s McGhee Tyson and Asheville North Carolina.