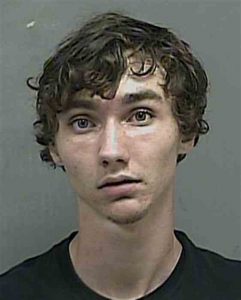 A Church Hill Tennessee man is facing several counts of reckless endangerment after a road rage incident with an infant in his vehicle. 21 year old Todd H. Hall is accused of striking another vehicle on purpose after cutting the driver off at an intersection. Video evidence shows Hall’s Honda Civic did not attempt to slow down before it plowed into the rear of a vehicle operated by a sixty nine year old driver and his passenger. Neither were hurt in the crash. The child’s mother was also a passenger in Hall’s vehicle and was also uninjured. Hall has a court appearance later in the fall.