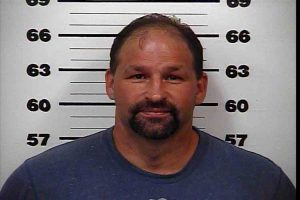 A Hawkins County man who planted his own blood on a vehicle and accused another man of shooting him is sentenced to six years in prison. Billy McCarty Amyx planted the blood on the vehicle belonging to 58 year old John Clark Weaver. Weaver was involved with Amyx’s ex girlfriend. Amyx said Weaver shot him during an argument and gave false statements to police. As a result, Weaver was wrongfully charged with attempted murder and spent three weeks in jail. When the new evidence was presented all charges against Weaver were dropped. Amyx will also have to pay a ten thousand dollar fine.