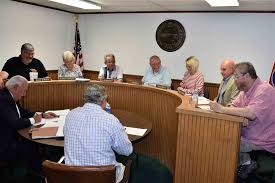 The Rogersville Board of Mayor and Alderman will soon be administering a two million dollar water sewer system improvement project as one of its first official duties, after recently voting to abolish the Rogersville Water Commission. The full BMA will serve as the new Water Commission but the changes won’t go into effect until September First. The board tried to abolish the Water Commission last year after the former Water Superintendent was accused of stealing more than three hundred thousand dollars from the department over a two year period. Shawn Hatchett was later indicted in April of this year. The board voted three to one to abolish the commission and to place the BMA over the former commission.