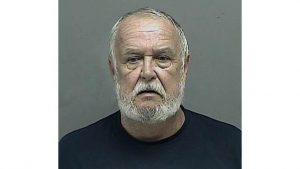 The name of the person killed at Maple Oaks Apartment has been released by the Kingsport Police Department.

68-year-old Mary Danner’s body was found on Aug. 2 inside the complex.

Police arrested 67-year-old Samuel Rex Sandidge and charged him with murder. He was arraigned Thursday morning.

No motive has been established at this time and the investigation remains ongoing.