Despite Growing Number Of Local Overdose Deaths, Efforts Are Being Made To Combat Problem 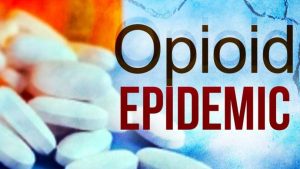 During 2017 there were 29 people who died in Sullivan County from Opioid overdose deaths…and newly released information from the state shows a rise in those numbers compared to previous years. Dr. Andrew May with the Sullivan County Regional Health Department says despite the figures, efforts are being made to combat the problem, its just in the early stages.Washington County, Tennessee recorded 24 deaths followed by Greene County with 17. As for the state, one thousand seven hundred and seventy six people died in the volunteer state during 2017 from drug overdoses.