No Charges In Deadly Weekend Shooting 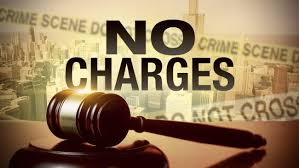 No charges will be filed in a deadly weekend shooting in Elizabethton. According to police, 32 year old Chasen Julian told investigators he felt his life was threatened when he shot 29 year old Francisco Borquez during an argument. Borquez, was found lying next to a car in the 200 block of West I Street with a gunshot wound. Borquez later died from those injuries. The investigation is continuing and according to police, a final decision on criminal charges have not been made.