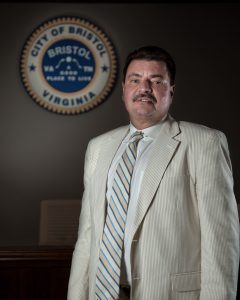 As we told you Bristol Virginia City Council members on Tuesday night voted to seek support from the Virginia Legislature in an effort to change laws that would allow casinos in the state of Virginia. But one council member who did not vote was councilman Doug Fleenor. Fleenor, announced in a press release he would not be attending the meeting because he didn’t want to create unnecessary drama and draw attention away from the important business the council is working on. Fleenor, has filed a lawsuit against the city council claiming its efforts to outs the outspoken Fleenor are illegal…Council members are accusing Fleenor of Malfeasance and neglect of duty.