Arrest Made In Series Of Gray Auto Burglaries 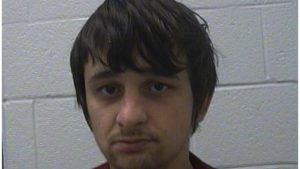 A suspect in a series of auto burglaries in Gray has been arrested by Washington County Tennessee Deputies. 25 year old William M.Edwards was taken into custody by officers after reports of someone breaking into cars. Edwards has been charged with eight counts of auto burglary and six counts of theft of property. The burglaries happened at night in the area of Molton Circle. Edwards is being held on a 49 thousand dollar bond.