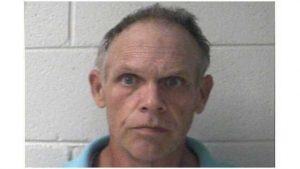 The suspect in an Elizabethton bank robbery on Wednesday has been captured and is now in federal custody. A U.S. Magistrate charged Jerry Bowman with armed robbery of the Carter County Bank on Wednesday afternoon. Bowman walked into the bank armed with a handgun and demanded money. He then fled with an undetermined amount of cash. An observant Johnson City Police Officer noticed a car matching the description of the getaway vehicle and a female driver was stopped and told police, her roommate, Jerry Bowman had admitted to her that he robbed the bank. Bowman was arrested a short time later. He faces up to 25 years in prison if convicted of the robbery.