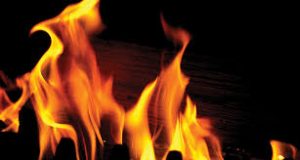 Three fires in a 36 hour period in Carter County have left two families being displaced from their homes and a business damaged. Monday morning around ten thirty firefighters were called to Gleneffer Road near Zane Whitson Drive. Crews battled the blaze most of the day putting out hot spots. The two story home was destroyed. Another family is without a home after an early Monday morning fire that tore through their home. And Wiseman’s Feed and Seed was also damaged by a blaze during the thirty six hour period as well. None of the occupants of the homes were injured, but a Southside Volunteer Firefighter was slightly injured when a fire hose malfunctioned. The cause of those blazes is still under investigation.