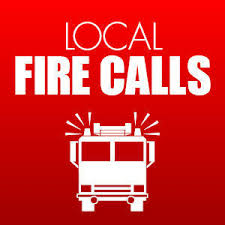 In the past two weeks five homes have burned in parts of Russell County, Virginia. And now, a family of three is displaced after a fire in their Upper Bear Wallow Road home over the weekend. The blaze, which was the 20th structure fire reported in Russell County so far this year was reported by a neighbor. The three people living in the dwelling were not at home at the time of the fire and now injuries were reported. The Red Cross is assisting the family and the cause of the blaze is not known at this time.