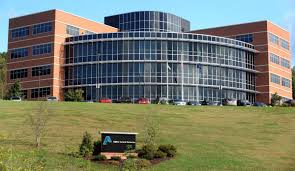 Bristol Virginia officials are hoping they can lure the United States Department of Agriculture and some six hundred jobs from its current headquarters in Washington D.C., to the former Alpha Natural Resources building. The official announcement came Thursday in Bristol and represenatives for the proposal believe the 130 thousand square foot facility and the city of Bristol are the best locations for this summers anticipated move by the USDA from its Washington D.C. Headquarters. 136 locations in 35 states are being considered and a decision is expected in January.