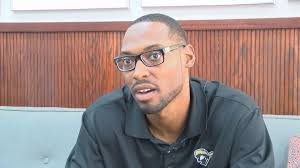 A federal lawsuit filed by former David Crockett High School Football coach and NFL player Gerald Sensabaugh has been tossed out of court. Sensabaugh filed the suit claiming the school system violated his right to free speech by retaliating against him when he voiced concerns about the school district. A lawfirm recommended firing Sensabaugh last spring after an investigation about unprofessional conduct and other matters pertaining to Sensabaugh’s employment with the school system. The judge in the case says Sensabaugh’s suit did not state a claim upon which relief may be granted and tossed the case out.