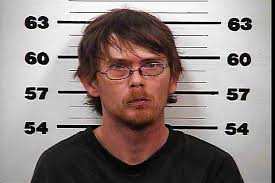 A Rogersville man is being sought by police after he allegedly ran over his girlfriend when she tried to stop him from taking her vehicle. Officers with the Hawkins County Sheriff’s Department responded to 204 Hidden Valley Road and discovered Amy Martie Martin lying in the road unconscious. Witnesses say Martin and 38 year old Barnabas Neil Helton had been arguing when Helton took Martin’s car and sped off, striking her as he drove away…knocking her unconscious. Helton, fled the scene and has not been seen since.