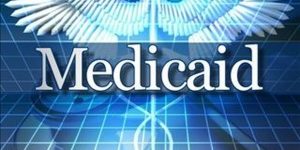 A new report from Georgetown University Center for Children and Families shows a rise in the numbers of uninsured children in Tennessee.

This rise places Tennessee in the top ten states from 2016-2017 in terms of uninsured children.

Advocates say while the need for Medicaid expansion has been overlooked, the rising numbers of uninsured children should be eye opening.

According to Kinika Young of the Tennessee Justice Center, children are more likely to be insured when their parents have coverage. Also three quarters of children in the United States who lost coverage between 2016 and 2017 were in states that did not expand medicaid to their parents and other adults.

Medicaid expansion would extend coverage to at least 250-thousand people and the children of those involved would theoretically benefit from that coverage.

However, Medicaid expansion has limited traction in Tennessee where Republicans control both chambers of the state legislature.

At the federal level, the report cites Congress’ trouble getting the Children’s Health Insurance program reauthorized last year, and steep federal cuts to programs that inform people of their insurance options.

Due to these factors some fear the number of uninsured youth throughout Tennessee will only continue to rise.