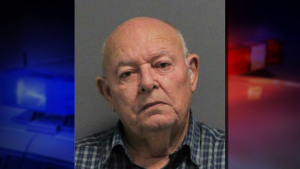 A Bristol Virginia man arrested already on impersonation charges is at it again. 73 year old Bobby Reece Rachel is arrested after using a blue light on his car to pull over a vehicle in Russell County, Virginia. The individuals that were pulled over by Rachel, became suspicious of him and called police. Deputies tracked down Rachel and arrested him on charges of impersonation and attempted abduction in Virginia. In September Rachel was arrested by Sullivan County authorities for impersonating a wildlife agent. Rachel intimidated several juveniles who were swimming in South Holston Lake. Rachel was wearing a badge and displayed a gun/ Russell is due in both Russell County and Sullivan County Court on January 23.