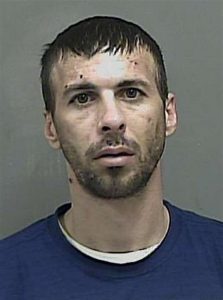 A Kingsport man is arrested and charged with carjacking, when he pulls a 75 year old newspaper carrier from his van and then throws the man to the ground before fleeing in the victim’s vehicle. 34 year old Matthew L. Serpas, then fled the scene. Serpas was was arrested a short time later after a traffic stop and is currently being held in the Kingspot City jail.