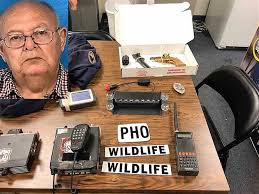 A Southwest Virginia man accusedo f impersonating law enforcement in Virginia and Tennessee now has one of his cases bound over to a grand jury. Bobby Rachel of Bristol Virginia is accused and was arrested last September for allegedly impersonating a wildlife resource agent. Rachel reporteldy intimidated several juveniles who were swimming in South Holston Lake when he wore a police badge and displayed a gun. Rachel was released on bond but was arrested again in November on charges of impersonation and felony attempted abduction after he used a strobe light to pull over a driver on Highway 58. Police also discovered a gun lying in the seat of Rachel’s vehicle. He has a Preliminary Hearing on April 24